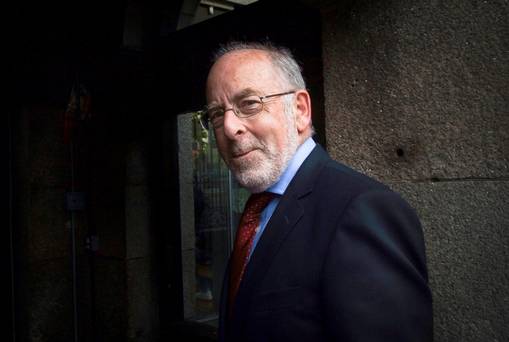 Patrick Honohan: How the banks can regain our trust

Banks must be seen to be competent, reliable and acting with integrity
Patrick Honohan (writing for the Irish Times)

Just a few weeks ago eyebrows were raised in Central Bank circles when an archivist at the Bank of England rediscovered a long-kept secret. The British government’s attempt in November 1914 to borrow money to fight the first World War was not the dazzling success then officially reported. In fact, the bond issue was a flop: few investors were attracted by the interest rate on offer and instead the Bank of England stepped in to save the day by printing money.

This unorthodox and inflationary manoeuvre, patriotically intended to avoid a wider loss of public confidence, was concealed by opaque accounting and was not suspected by the investing public, who trusted the Bank of England to tell the truth. For decades the deception was known to only a few insiders, including the later-famous Maynard Keynes, who described the operation as “a masterful manipulation”.

Autre temps, autre moeurs? Well, perhaps not. After all in the recent global financial crisis, it took the same Bank of England almost a full year before disclosing the existence and scale of emergency loans it had made to two of Britain’s largest banks. Many people approved of the bank’s reticence, justifying it by the same logic as applied a century earlier, despite the growing general enthusiasm nowadays for transparency. Trust does not always demand transparency. The ordinary citizen would like to be able to trust the public authorities to maintain financial stability, and many might place that goal higher than a requirement to disclose, fully and promptly, all actions taken (even though some people will be misled by the lack of disclosure). There’s a judgment call to be made, illustrating how delicate and contested are matters of trust in finance.

Trust is sometimes thought of as a topic more for philosophers than for economists. Nevertheless, as Nobel prizewinning economist Kenneth Arrowput it years ago, “virtually every commercial transaction has within itself an element of trust . . . [I]t can be plausibly argued that much of the economic backwardness in the world can be explained by the lack of mutual confidence.” Indeed, much of modern microeconomics is about the design of contracts that will help induce desired behaviour when trust is lacking.

Fintan O’Toole: Irish banks have got away with major fraud
Emboldening financial services whistleblowers
EU’s Moscovici calls for deeper integration ahead of Brexit
Nevertheless, especially when it comes to financial transactions, which typically entail handing over money in return for a promise of some return in the future, people are willing to enter into such transactions only when they have sufficient trust in the competence and integrity of those on the other side of the contract.

To be fully trusted, a financial service provider has to be seen not only as competent and reliable, but as sure to act with integrity. The catalogue of blunders that brought failure to all of Ireland’s banks (home-grown and foreign-owned) certainly undermined the competence dimension of trust in the providers of financial services. But even more corrosive has been the evidence of sharp practice (most extensively documented in the tracker mortgage saga uncovered in 2015, for which redress and compensation is being paid on a large scale). Ireland is of course not alone in its experience of abuses: indeed, the run-up to the crisis provided much more egregious examples of abuse and misbehaviour by financial institutions in some other countries.

Increased automation
Regulation of finance addresses both aspects of trustworthiness. But it faces an uphill struggle. Part of the problem derives from the increased automation of finance over the past quarter century or more. Not only does this sharply diminish the face-to-face aspect of most financial transactions and contracts, but it also equips the financial service provider with tools to exploit the ignorance and behavioural biases that hamper users in making sensible decisions. Regulations can go only so far in outlawing clear-cut abuses. And many firms behave as if the set of regulations defines the boundaries of acceptable behaviour within which any form of practice, however sharp, should not be questioned. As a result the regulator is all too often reduced to an unending saga of severing the Hydra’s proliferating heads.

“Be trustworthy” is not an enforceable regulation. But continued pressure through the imposition of heavy fines for identified regulatory breaches and through a permissive approach to the entry of new, qualified competitors can help.

With the fires of the crisis damped down, it might seem not too optimistic to hope that a financial service provider who really works on building reputation and trustworthiness could capture market share and profitability. Such a firm could have a leavening effect on the others as they scramble to retain their customers’ loyalty.

Trust in public and private institutions took a heavy hit during the crisis, not least in Ireland. About a year into the crisis – and even before the bailout – the proportion of the surveyed public expressing confidence in financial institutions had fallen further in Ireland than in any other country; the same was true for confidence in the national government. The rebuilding of this trust has been a gradual process, but it is one which is a matter of more than academic interest.

Patrick Honohan, of TCD and former governor of the Central Bank, will speak in Dublin this week at a research conference on “Trust, expert opinion and policy”