In today’s complex societies many policy decisions depend crucially on expert advice and opinion, but experts can and do disagree, sometimes vehemently, and not all their disagreements seem open to resolution. An immediate question facing policy makers, and in particular those involved in decisions concerning some of the greatest challenges facing humanity, such as environmental policy, is how to react to seemingly “faultless disagreement” among experts, or disagreements where neither side seems to be making any obvious errors, and its sorry corollary, the misrepresentation and misunderstanding of this in the media and civic society.

The current project is interdisciplinary investigation -­‐ involving scientists and philosophers -­‐ of the ill understood, but socially and politically significant phenomenon of peer disagreement. The ultimate goal of the project is to gain a better understanding of the role and consequences of disagreement among scientific experts and its implications for policy decisions by governmental agencies and the formation of public opinion. Our research aims to address this important topic by utilising the interdisciplinary expertise of the two PIs and the group of national and international researchers we plan to bring together. Our basic idea is to examine cases of expert scientific disagreement in a field which is relatively free of economic and political pressures (astrophysics is an ideal case study for this) and contrast it with expert disagreements in politically charged areas (the prime exemplar at the moment being of course the debate around climate change). The comparison, we believe, could lay bare some of the essential methodological and normative differences in the development and treatment of disagreement in the two arenas.

a) What are the best ways to understand and deal with peer disagreement among scientific experts who advise policy makers on politically and economically sensive areas such as climate change?
b) What are the optimal strategies for choosing and trusting one set of expert opinion over a dissenting one?
c) What is the impact of disagreement among scientific experts on policy decisions as well as on the formation of public opinion?

The study also utilises the methodologies of experimental philosophy to collect and analyse empirical data on the reactions of the general public to disagreement among experts in different arenas. 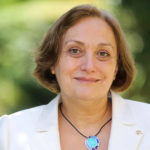 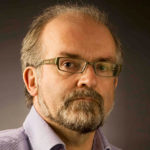 Senior Professor and Head of the Astronomy and Astrophysics Section