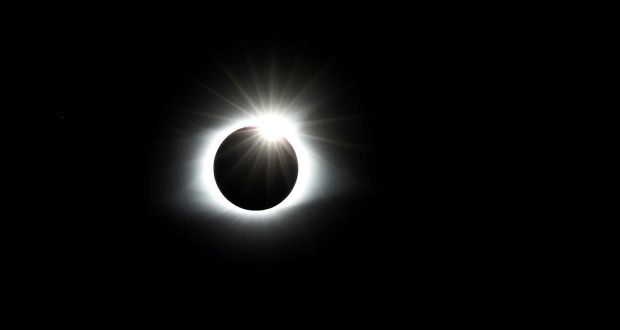 A question of trust in science

How can policy-makers discern between genuine disagreement among experts and false uncertainties raised by commercial interests?

Last week’s solar eclipse generated unprecedented public interest in the skies above us. One reason was that the path of the eclipse fell across a large swathe of the United States, allowing millions of people a clear view of a stunning celestial event. Media reports afterwards suggested that a great many people found the occasion truly exciting and inspiring.

For my own part, the eclipse brought to mind once again the formidable predictive power of science. It is astonishing to think that humans have been able to predict such astronomical events with reasonable accuracy for centuries – indeed from a time long before the advent of modern science.

In ancient times, eclipse predictions were based on observations of celestial bodies using simple navigation instruments. Patterns in records of these observations allowed astronomers to calculate future events such as comets and eclipses. The accuracy of such observations improved greatly with the invention of the telescope in the 17th century, and a few years later, Isaac Newton provided a theoretical framework for an understanding of the motion of the heavenly bodies.

With his universal law of gravity, Newton famously proposed that the motion of the planets had common cause with the motion of a falling apple, an insight that revolutionised physics and astronomy. In the 20th century, Newton’s theory of gravity was in turn replaced by Einstein’s general theory of relativity. Relativity gave a (slightly) more accurate prediction of planetary motion but predicted a great many unexpected phenomena that were later observed, from a bending of light by the sun to the existence of black holes.

This narrative paints a pleasant picture of science evolving in a progressive, linear fashion, with each scientific theory eventually being replaced by a grander, more accurate model of the world. In the 20th century, this view of science was strongly contested by the American historian of science Thomas Kuhn, who argued that when scientific revolutions occur, the acceptance of a new worldview or “paradigm” owes as much to cultural and social influences as to objective evidence. In Kuhn’s view, it was not a given that the new paradigm was a more accurate view of the world; indeed, the two worldviews could not be meaningfully compared as they involved different assumptions.

Kuhn’s view of scientific progress spawned an entirely new field of research, the sociology of scientific knowledge. Many of his followers went on to argue that the practice of science is as subjective as any other branch of human enquiry. Indeed, the most extreme proponents of this school view all scientific findings as a “constructed reality”; for example, the French philosopher Bruno Latour famously contested modern scientific evidence that Pharaoh Ramses II died of tuberculosis, on the basis that no such disease was known at the time!

For their part, most practising scientists take a sceptical view of the constructivist interpretation of science. It is often pointed out that the interpretation pays little attention to the rigorous process of scientific enquiry and fails to provide an explanation for the great successes of modern science, from our deep understanding of the universe to the dazzling rise of modern technology. In particular, it is difficult to explain the formidable predictive power of science in the constructivist view.

The debate between the “progressive” and “constructivist” views of science raged quietly within the groves of academe for many years, but the issue has lately become much more pressing in the context of proposed action on societal challenges. From environmental science to health care, the question of trust in expert opinion has arisen again and again. How much confidence should politicians place in the predictions of scientists?

This question has become particularly important in the area of climate change. As climate scientists worldwide report evidence of a planet that is gradually warming due to greenhouse gas emissions, governments are tasked to reduce the use of fossil fuels, without adversely affecting national economies. But are the scientists right and are they in agreement? How can policy-makers discern between genuine disagreement among experts and false uncertainties raised by commercial interests?

Such big questions will be discussed at an international conference on “Trust, Expert Opinion and Policy” in UCD this weekend (Sponsored by the Irish Research Council – registration is required).